The British Prime Minister Boris Johnson in fact rejects a hard border between Ireland and Northern Ireland with his rejection of the so-called backstop. EU President Donald Tusk tweets this in response to a letter from Johnson requesting that this emergency solution for the Irish border issue be renegotiated from the divorce agreement.

“The backstop is insurance to avoid a hard border on the Irish island unless and until an alternative is found,” Tusk said.

“Those who are against it and do not propose realistic alternatives actually support the reintroduction of a border. Even if they do not recognize it.”

According to a spokeswoman, the European Commission has the same position as Tusk.

The backstop means that the United Kingdom including Northern Ireland remains in the customs union with the EU, which means that it cannot conclude its own trade agreements. According to Johnson, that is not what the British voted for in the referendum. He finds the backstop “undemocratic and inconsistent with the sovereignty of the United Kingdom”.

Johnson writes not to want to go back to a hard limit. He argues for “flexible and creative solutions”. The backstop should be replaced by “alternative arrangements”. What they should consist of remains unclear.

The United Kingdom will leave the EU if it is up to Johnson on October 31. With a no-deal brexit desired by virtually no one, there is also a risk of a hard border in Ireland. With his letter, Johson wants to increase the pressure to break open the agreement that his predecessor Theresa May has made, but the EU has said many times that this is not being renegotiated.

Johnson has not made a proposal for talks with EU leaders, the committee spokeswoman said. He will be visiting German Chancellor Merkel and French President Macron this week. The British Prime Minister will meet Tusk at the end of this week at the G7 summit in the French resort of Biarritz. 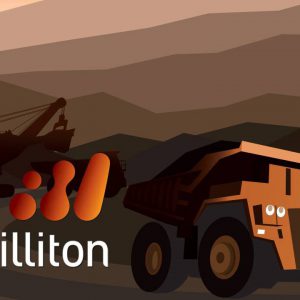