The new Brexit minister Liz Truss has started a new round of negotiations with Brussels on the customs conflict in Northern Ireland. Truss has taken over the Brexit dossier from her predecessor David Frost, who resigned in late December out of dissatisfaction with Prime Minister Johnson’s policies. Truss is considered the successor of Margaret Thatcher [of course!] by EU diplomats.

Truss is not only considered by others as the successor of Margareth Thatcher, but also by herself: she is a neoliberal who passionately believes in the free market, a positive and energetic politician, a tenacious public speaker in which everything revolves around politics. Truss is admittedly pro-Brexit, she is not a pure hard Brexit ideologist like her predecessor. She is less hostile to Brussels.

Truss is pragmatic and looking for a deal. The only question is: is she willing to drop the harsh demands of predecessor Frost already? Because what Trust wants has little to do with Brexit, but more with its own political ambitions. She is running hot to become the successor of tipsy wild Boris Johnson and therefore needs the votes of the hard Brexiteers in the fraction and in the country. And that means that she continues to speak harsh language for the time being.

We now have to see everything in the light of the question: is she going to succeed Johnson? She is known as a can do and is therefore popular with Conservative Party members.

What can not be said of Prime Minister Boris Johnson who sees his position deteriorating with every new revelation about parties on Downing street. It was announced yesterday that Johnson employees held two farewell parties in the official residence at 10 Downing Street on the eve of Prince Philip’s funeral last spring. The United Kingdom was not only in lockdown at the time, there was also an official period of mourning in connection with the death of the Prince. Both parties were attended by about thirty people, writes The Telegraph, who spoke with attendees. Johnson was not there.

Is it really over and over With Boris Johnson? Most of the party members would wait for the results of the elections in May. If Johnson doesn’t vote, his fate is sealed. But Everything has gained momentum due to all the revelations. This weekend is going to make a lot clear, many political group members go back to their constituency and hear what the voter thinks of the Prime Minister.

The EU and the UK therefore agreed that there would only be a border through the British kingdom, in the Irish Sea, to regulate the import and export of goods to the EU – the so – called Northern Ireland protocol, which allows Irish and Northern Irish to continue to travel freely between the two countries.

To keep that border open, Northern Ireland is still part of the European single market and old-fashioned customs controls are taking place to get products from Great Britain into the Northern Irish part of the UK. The UK and the EU are arguing because the British have repeatedly refused to carry out certain necessary checks on products going from Britain to Northern Ireland, without consulting the EU.

The British believe that Northern Ireland is being hit too hard by the protocol. Due to the new trading situation, importers are faced with piles of administration and delays leading to empty shelves in Northern Irish stores.

The Great Hunt for… 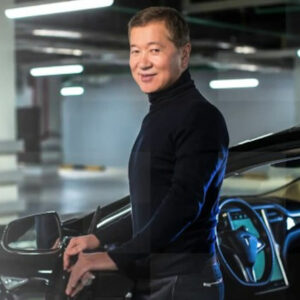