The UK economy shrank by 20.4 percent in April, reports national statistics agency ONS. The strongest downturn ever recorded shows that the effects of the quarantine in the UK are significant. The economy also declined in size in March, when the contraction was 5.8 percent.

The decline is more than three times greater than a month earlier and nearly ten times greater than the largest decline from before the corona era. The statistics bureau therefore notes that the economy was about 25 percent smaller at the end of April than in February.

The worst hit from the quarantine hit the construction industry in the UK, which shrank by more than 40 percent in April. Many construction companies were unable to work for some time due to measures to prevent the spread of the coronavirus. The services sector, which is very important to the British economy, shrank by 19 percent. The industry was hit by 24.3 percent.

The decline is likely to show the deepest point of the downturn in the UK economy, which is facing a relatively severe blow. ING economists point out that the contraction was slightly larger than expected. The decline is also slightly later than in other European countries, such as France, Spain and Italy, which previously locked down. According to the experts at ING, there is no quick recovery, because measures are still in force and the risk of a hard Brexit still hangs above the market.

The Organization for Economic Cooperation and Development (OECD) previously predicted that the country would face one of the worst recessions in the Western world. The Bank of England predicts an economic contraction of 14 percent for the whole of 2020.

Why Mukhtar Ablyazov lost his… 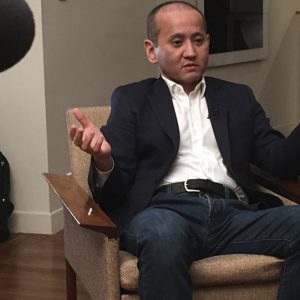