Buy the groceries and save the planet: Aldi introduces ‘cooling’ doors to reduce energy consumption

Aldi will save the equivalent of more than 2,000 tons of CO2 emissions per year by installing standard cooling doors in its new and recently refurbished stores. This change, which follows a successful trial, will reduce the energy consumption of each store by around 20%, which represents a reduction in CO2 emissions of 20 tonnes per store per year. The announcement is part of Aldi’s ongoing efforts to minimise its CO2 emissions and Climate impact.

The numbers are somewhat debatable, but the trend is caught right. In the same time research by technology company Toluna has shown that supermarkets simply do not do enough when it comes to plastic use.

Although the major players in the field of’ food shopping ‘ have been saying in recent years that they are sustainable, the research shows that much more needs to be changed. While 69% of people feel that supermarkets and retailers are responsible for reducing the amount of plastic used, many want to see even more progress. The new research on the use of plastic packaging was conducted to gain insight into people’s thoughts about plastic use in the context of supermarkets. The study involved 1,000 people in the UK.

Oil prices are under…

Oil prices are under pressure of the slow economic revival, continuous COVID threat 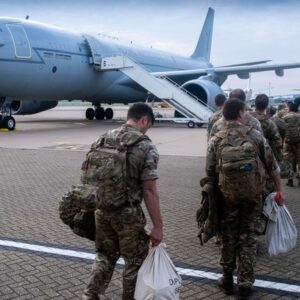