The Bank of England did not change its monetary policy on Thursday, despite rising inflation in the United Kingdom. This was reflected in the interest rate decision of the British central bank. That came as a surprise, because the market expected an average increase of 15 basis points. However, the main interest rate remained at a low 0.1 percent.

The vote of the Monetary Policy Committee was 7 in favour of maintaining interest rates and 2 in favour of raising interest rates. The buyback programme of £ 895 billion, including £ 20 billion in corporate bonds, was also maintained. Here the voting ratio was 6 to 3 for the preservation of the buy program.

Bank of America economists warned in advance that the market expectations for interest rate increases were quite aggressive, with increases in today’s decision, but also in December and February next year.

The high inflation rate, which reached 3.1% in the United Kingdom in September, is mainly due to supply chain problems and high energy prices.

The UK central bank expects inflation in the UK to peak at around 5 per cent in april 2022 and then fall significantly in the second half of the year. According to the Bank of England, inflation will be around the target by the end of 2023 and slightly below it by the end of 2024.

On Thursday, new economic forecasts showed that the UK economy was growing by 6.7 per cent in the fourth quarter, not 8.5 per cent. The UK economy is expected to return to pre-coronavirus levels in the first quarter of 2022, according to the Bank of England.

Commenting on Twitter, CMC Markets market analyst Michael Hewson said Bank of England President Andrew Bailey had clearly hinted to the markets that an interest rate increase was coming, which makes it all the more surprising that Bailey himself voted against a rise on Thursday.

In midst of the fishing… 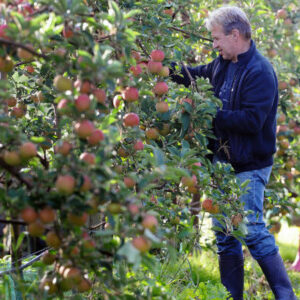