Former Scottish Prime Minister Alex Salmond has launched a frontal attack on his former political allies. Incumbent Prime Minister Nicola Sturgeon has’ without a doubt ‘ violated the ministerial code of conduct. Within his own party there was a ‘sinister plot’ to destroy him.

With the television cameras on him, Salmond again set up fireworks in the Scottish Parliament on Friday afternoon. His hearing by a parliamentary committee of inquiry had been postponed several times. Earlier this week, evidence submitted by Salmond was severely rehabilitated, as he allegedly discredited the identity of protected witnesses. But when he was questioned on Friday afternoon, he did not mince his words.

According to Salmond, he was severely wronged as a result of an investigation into sexual abuse of which he was accused by a total of nine women. According to Salmond, there was never convincing evidence for the allegations. He feels abandoned by his party and former confidant Nicola Sturgeon.

The allegations date from March 2019. Salmond says the case has gone completely out of control. When it came to a real trial in March last year, he was cleared of all charges. The former prime minister received compensation of over half a million pounds-to cover the legal costs-but his reputation had now been ruined.

Salmond’s out for revenge. That much was already clear from the evidence he deposited earlier this week. But it became even clearer in the more than six hours of questioning of the former Scottish Prime Minister. He cannot bear the fact that political blood has still not been shed as a result of the, in his eyes, pitiful trial.

In his testimony, he made it clear that there have never been good grounds for continuing the trial. The Scots could have saved themselves a lot of money by having an arbitration committee look at the allegations. Or as Salmond called it before:,, I am not a saint, but I am not a criminal either.”

Salmond’s accusations undermine Nicola Sturgeon’s position. She made it clear in the Scottish Parliament earlier this week how irritated she is about the scorched earth tactics of her former political ally. According to her, it is all about protecting ‘the ego of a man’.

However, there are reasonable doubts about her conduct. For example, in her own words, she was rather mistaken in providing information about the case. According to Salmond supporters, she simply lied. In his interrogation, Salmond did not go so far as to demand the resignation of Sturgeon, although he hinted at that. According to him, it was for others to determine whether her breach of the ministerial code of conduct was a reason for her departure.

The controversy comes at a crucial moment in Scottish politics. The SNP, the party of Sturgeon and Salmond, is still in the lead in polls for the Scottish Parliament elections in May this year. Earlier this year, a majority seemed inevitable. In that case, the call for a new referendum on independence would become irresistible for Scotland.

But the majority for the SNP is disappearing, as is the support for independence. Next Wednesday it is Sturgeon’s turn to justify her behaviour in this case. Not only her own political life, but that of the whole of Scotland depends on this testimony.

Printing and design companies in… 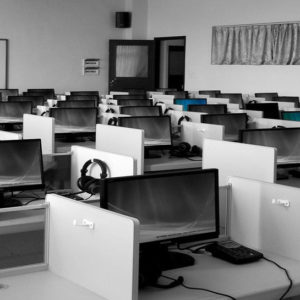