The 39 deceased persons who were found in a truck in England during the night from Tuesday to Wednesday are of Chinese nationality, the local police confirmed on Thursday. It is not yet clear when they died. It is also not known exactly why they died.

The victims, 31 men and 8 women, were in a cooled trailer. The police reported earlier that there was one teenager among the victims, but research shows that it is a young woman. The Chinese embassy has been informed.

The truck was found in the town of Grays, located in the county of Essex. The Chinese were already dead when the police found them. It is not known why they died. All persons are examined by a coroner.

The 25-year-old Northern Irish driver of the truck is stuck on suspicion of murder. Police report that Thursday agents searched three properties in the county of Armagh, in southern Northern Ireland.

The truck arrived on Sunday without a trailer from the Irish capital Dublin in Welsh Holyhead. The cooling trailer came from Zeebrugge, Belgium, and was picked up in the night from Tuesday to Wednesday in the port of Purfleet, near Grays.

A reconstruction by the police shows that emergency services moved more than an hour later to the industrial area where the truck with container was. Five ambulances and the police were on the spot. The vehicle has since been salvaged.

A similar incident occurred nineteen years ago. Then the bodies of 58 Chinese were found in a truck near the port of Dover. The Dutch driver was sentenced to fourteen years in prison for manslaughter and human smuggling. 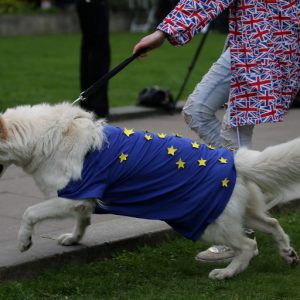